Meet the Team
Real Educators Who are Experienced, Knowledgeable, and Passionate 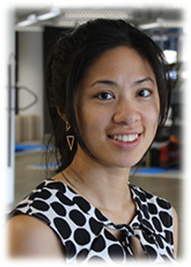 Justine Sheu
Founder and Executive Director
​Justine is an urban educator, serial entrepreneur (check out Pro:Up), and armchair philosopher. On a scale of 1 - 10, her energy is a 12. While in high school, Justine scored in the top 1% on the PSAT and was a National Merit Scholarship Finalist, but she's prouder of the fact that she memorized the first 100 digits of pi and beat her 10th grade math teacher in a game of sticks. After attending the University of Michigan, she worked with high school students across Detroit as a college advisor and test prep teacher. Justine is a strict grammarian who makes her students violently slap comma splices and sing "Twinkle, twinkle, little star; circumference = 2 PI R." When she remembers not to work, she can be found reading philosophy, watching Cosmos, or ballrooming at They Say. 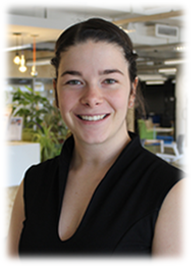 Nikki Page
​Program Director | Lead ACT & SAT Teacher
Nikki's favorite color is brown. She is proud of the fact that, two years ago, she could solve a Rubik's cube in under 30 seconds. She was the only girl on her high school hockey team. Nikki believes every student (and human) is saturated in unique and powerful stories: missing out on meeting Big Sean due to a tutoring session or dreaming of being a mailman as a child. She draws from her studies at the University of Michigan's Honors Creative Writing Program to extract these seemingly mundane experiences and craft them into detailed and organized stories, leaving admissions officers drooling. She doesn't mess around--she's strict. She'll make you propose due dates and revise six drafts of your essay. But only because she knows all her students are capable of high achievement. 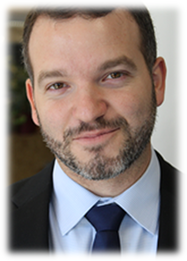 ﻿Stephen Hachigian
Program Director | Lead ACT & SAT Teacher
Steve Hachigian has been teaching in Detroit for over a decade. He is a graduate of Michigan State University's nationally top-ranked education college. He's known for having an inhuman amount of energy in the classroom, and his personality is one of many opposites. He has strict expectations for his students’ work and behavior in class, yet his goofy sense of humor keeps him cracking jokes all class long. He loves watching and playing sports but can often be found huddled on the couch reading books about wizards and dragons. He was an awful high school student and hated his time there, and yet he chose a profession that sent him back to high school for the rest of his life.  All of these quirks create a very unique teaching style that keeps students on their toes and excited to come to class.​ 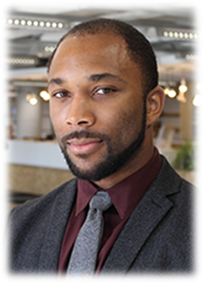 Myles Morgan
Culture Architect
Myles has been referred to by his friends as a young black Buddha reincarnate. This comes from his penchant for meditation, contemplation, conversations about the meaning of life, and natural empathy. With a Bachelors in psychology from University of Michigan, a Masters in psychotherapy from Wayne State University, and years worth of leadership and entrepreneurship training under his belt, Myles is the poster child for personal development and social impact. He has made this into his career though his MindBlown Life Coaching practice and leadership of his other startup, Pro:Up. As the Culture Architect of EnACT he brings the full force of his training and passion to build a company culture that allows for every employee to be engaged, fulfilled, and constantly expanding. 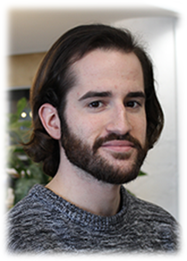 Patrick Killian
ACT & SAT Tutor | Math Specialist​
Patrick is a math enthusiast and a lover of learning. He also enjoys reading, writing, and analyzing poetry and lyrics. During high school, Patrick was a National Merit Finalist and scored a perfect 800 on the math section of the SAT. He then attended the University of Michigan, where he began tutoring other students and received an A+ in two classes: Differential Equations and Modern Dance. After graduating with University Honors and a Bachelor’s degree in Mathematics, he served with City Year Detroit. During this year of service, Patrick worked in an urban high school as a full-time tutor and mentor, hosting monthly math bonus challenges to get students more interested and engaged in math. 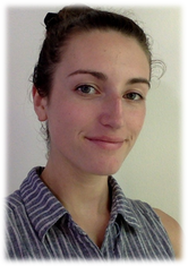 Sorscha Jarman
ACT & SAT Teacher
Sorscha is a collector of knowledge and experiences. She’s also an avid foodie - one of her favorite activities is to cook and eat tasty, complicated dishes. During college, she studied music, dance, education, and neuroscience and did original neuroscience research through the Ronald E. McNair Scholars Post-Baccalaureate Achievement Program, a Trio program designed to prepare low-income or minority, first-generation college students for doctoral studies. After graduating with an interdisciplinary Bachelor’s in Liberal Studies, she served as an AmeriCorps with City Year Detroit for a year, coaching fourth graders in behavior, ELA, and Math. She joined the EnACT team because she believes education can empower and transform, granting people opportunities otherwise out of reach.

Katharine Buckley
ACT & SAT Teacher
Katharine's favorite store as a child was called "Let's Get Organized" and her pen and stationary collection has no rival. After growing up in the south, Katharine attended the University of Alabama (Roll Tide.) where she studied Studio Art. She loves telling students that detail to prove that anyone can ace a test with hard work, whether they're an artist, math wiz, or wordsmith. After graduating with Honors, Katharine moved north to Detroit to serve as an AmeriCorps with City Year. Katharine loves the community and culture in Detroit, but still can't handle even the smallest snow storm without panic. Katharine approaches teaching with enthusiasm, support, humor, and a healthy dose of realism. She'll turn any seemingly-boring test topic (absolute value equations) into a real-life analogy (pizzas).
﻿© 2020 EnACT Your Future, Inc. |  440 Burroughs St, Detroit, MI 48202  |  (313) 769-9499
﻿ACT and SAT are the test names and trademarks of their respective owners, who are not affiliated with EnACT Your Future, Inc.